If you are looking for a quality moving company you have come to the right place.

Swanson’s has over 30 years of moving experience in the Tucson Community.

One piece to a whole housefull/office

We can deliver anywhere in Tucson!

Bookmark
Share
Filter Sort by: Random
Write a Review
The most efficient and customer friendly movers I've ever seen.
5.0

The most efficient and customer friendly movers I’ve ever seen.  Their teamwork is great and time efficient and I did not see any smoke breaks etc.  They moved my 3bdrm house within the two hour time frame projected (minus the little stuff like dishes clothes and large appliances).  I recommend them and hope they are available should I ever move again.

These guys are awesome!
5.0

These guys are awesome. They gave me a very great quote and did an amazing job for exactly the quoted amount.
Very professional and very efficient!
Showed up right on time and got to work straight away.
I hope I never have to move again, but if I do I’ll be calling Rick and the  great guys at Swansons Moving.

Relocating to a new state has been crazy stressful, but one thing that I didn’t have to stress about was getting an entire household of stuff from point A to point B. I’d heard so many nightmare stories about people’s belongings being held up for weeks, items being damaged or stolen, movers that would hold people’s stuff “hostage” in an attempt to extort more money out of them, I was a bit apprehensive about hiring a moving company. Our move was complicated by the fact that we were moving our things out of our house into storage in order to do some renovations, then move it again a few months later after buying a new house. I wanted to stick with a small, locally owned company, but most of them didn’t do moves out of state. Most moving companies also didn’t have the capacity to store things either – they contracted that portion out, adding another set of hands that would be handling our stuff.

I interviewed four different companies, and after meeting with Dave the owner, there was no question as to who we’d be giving the job to. Swanson’s is a small, family owned and operated company, and the people who handle your move from start to finish are all part of that family. They were extremely careful with our things, expertly handled difficulty items (like our antique upright piano that weighs a TON), and quite efficient. They were also mindful in our home, using caution on the hardwood floors and in narrow doorways that despite the difficulty in navigating, made it through the moving process unscathed. Swanson’s has their own storage warehouses, so the same people who were moving our things also housed them until we purchased a new home. They also brought by extra boxes (like wardrobe and china boxes) prior to us packing, which I thought was a nice touch.

They were great about communicating, and we knew exactly when our things would arrive. Again, moving in was expertly handled, mindfully executed, and swift. When Dave had concerns that something may have been damaged, he pointed it out to my husband, which shows a lot of integrity on their part (as it turned out, the item was just fine). I have nothing but praise for the job they did.

Moving sucks, and I hope not to have to do it again anytime soon… But if I do, Swanson’s will be one of the first calls I make.

Great company! In planning a move from Tucson to Albuquerque,  I contacted Swanson’s for a quote to pack, load, transport and unload our entire house.  Rick came by and quoted us a great price.  Once moving day came around, they showed up on time as promised,  packed up and loaded the whole house in just over 4 hours and delivered the next morning by 8:00 am. The whole team was friendly, courteous and incredibly careful and professional.  Not one single glitch in our move thanks to them!

These guys are awesome! Moved us from Tucson to Phoenix with no problems or issues. Very smooth move.

Professional, courteous and hard working. And really fast, like freakishly fast. The jimmy johns of moving. I had a good feeling from them right away when they came out to give us a quote and it relieved a lot of stress.

Great family owned business and I highly recommend them to anyone.

Moved from NH to AZ no problems.

Absolutely the best moving company I have ever used. Will never go with anyone else.

The best in the business
5.0

Have recommended Swanson’s Moving and Delivery for family and friends and they over delivered every time! The best in the business! 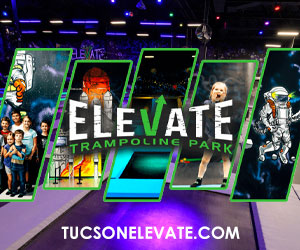 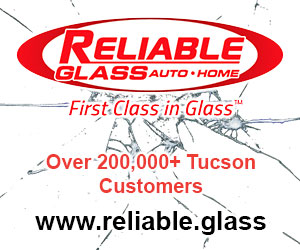